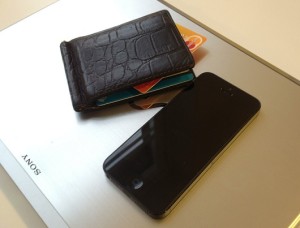 The majority of articles in the press these days about payments focuses on the “Brave New World” of m-commerce and how shopping with a smartphone is the newest revolution to hit the marketplace with something called “Integrated POS Marketing.” Efforts are ongoing to tie together everything from ATM’s to social networking sites to collecting personal purchase history in a new electronic “wallet” of some sort. We have not witnessed this market frenzy since the Internet burst upon the scene.

Do you remember your early Internet shopping experiences?

If you remember the early days of the Internet and e-commerce, predictions of how swiftly online sales would surpass traditional retail boggled the mind. How could such a completely new service radically change human behavior so quickly? Technologists were stunned. The accepted “rule-of-thumb” in technology circles was that consumers were always slow to accept any new method, especially where money was involved, usually taking as much as one generation before the new process went mainstream.

Television followed this rule. Even home banking followed this rule. Why would the Internet be so different? In reality, it was not. Yes, a subset of the market, the one that jumps on any new service to be modern or hip, began to shop online in droves. Early figures were impressive, but not as gargantuan, as expected. And then the hackers and fraudsters began to exert their influence on the burgeoning marketplace. Immediately, consumers backed off. Online sales slowed to a more moderate pace, and gradually, each fraud issue was addressed, and consumer confidence was eventually restored.

Will the same scenario play out for mobile commerce? 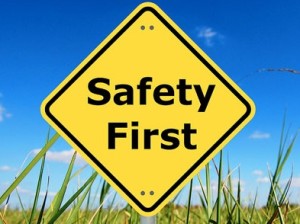 Industry professionals believe the same issues of safety, privacy, and security will slow the enthusiasm somewhat, at least to the point that current estimates of 3-5 years for total conversion will have to be revised upwards in the not too distant future. The issues, however, have nothing to do with new “wireless” services, where merchants can accept transactions remotely with a smartphone. These services have been thoroughly tested. You may need to educate consumers a bit on security protections and encryption, but accepting cards remotely “24X7” is safe and secure.

The issues center on the cardholder-based experiments, where card numbers are entered into the phone or wallet, and a third-party processor, for further use down the line, consolidates all purchase data history. Here are a few consumer concerns with these new approaches:

Overcoming these risk obstacles and regaining consumer confidence may once again take time. The new protective procedures may make the process overly cumbersome to the point that consumers will abandon the new ways for the old, especially if their text or email boxes are jammed to the brim with unwanted marketing promotions. Telecom companies have already allowed these unwanted solicitations to invade our cyber-world. It could only get worse from here, if these big firms see a profit motive in continuing.

Yes, there is a “Brave New World” of merchant payments on the horizon, but consumer behavior will temper the enthusiasm to a degree. This result is actually a positive development for merchants. The delay will allow for more planning and preparation before the true winning services emerge. The time is right to align yourself with a merchant processor that is up to date on the latest technology. His guidance will prove beneficial in the long run.